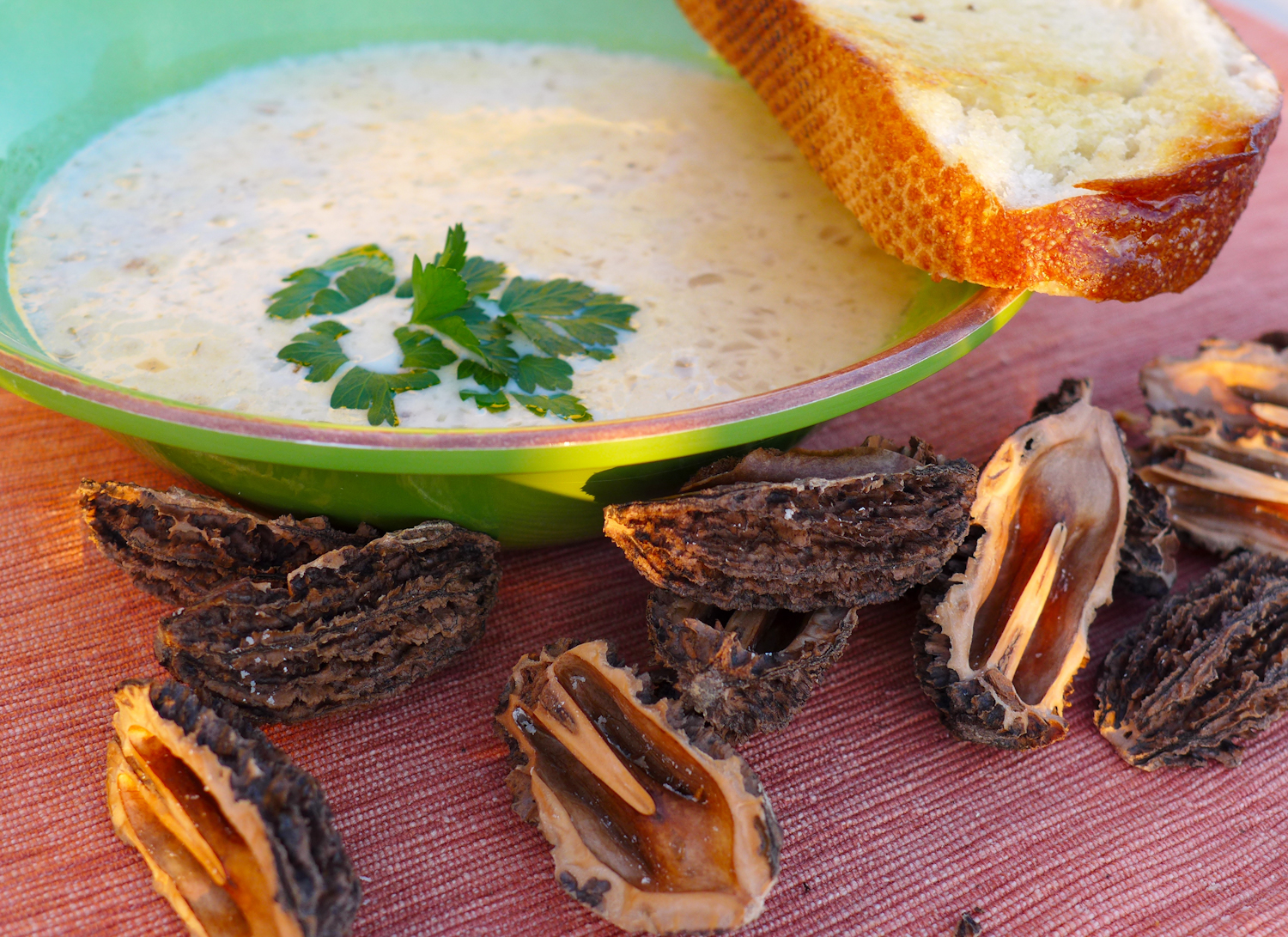 Edelene Wood has had a passion for wild foods most of her life. Beginning in the mid-1960s, Edelene was learning about the natural provender of West Virginia, sharing her knowledge and enthusiasm through seminars and casual “wild food” dinners. Her intentions were simple and laudable: to help folks appreciate the gastronomic bounty of Appalachia.

Edelene, who has helped organize Nature Wonder Wild Foods Weekend, the longest running wild foods festival in the nation, says that getting people to embrace wild foods starts one ingredient at a time. Try something—anything, she says—in a variety of recipes, then gradually incorporate other wild foods into your meals. One of the tastiest and most accessible wild foods to introduce into our cuisine is nuts. And Appalachia has scads of them.

As much as I adore all Appalachian nuts—the earthy flavor of black walnuts and the sweetness of shellbark and shagbark hickories—there is another nut that rivets my attention like no other food. Butternuts have come to be not only my favorite nut, but one of my favorite foods of Appalachia.

No other nut is as perfumed as the butternut. I also find the brown, crannied shells visually striking. They look like tree bark: deeply furrowed and craggy and utterly captivating. Split open the football-shaped shell and inside you find nut meat whiter than a game show host’s smile—the reason butternuts are known by many as “white walnuts.”

Of course, the most important characteristic of food is flavor. And now is when I have to admit butternuts may not be everyone’s cup of tea. The flavor is vivid and rousing, but in the same way that a gift basket of mixed soaps from Bed Bath & Beyond is vivid and rousing. If you could take a bite of that potpourri-scented candle burning in your bathroom, you’d have a good sense of the flavor of butternuts.

While most find potpourri candle wax agreeable to the nose, few like it on the tongue. Hickories are easy to love because they are so sweet. Black walnuts have a rich earthiness that is at once primal and soulful. Butternuts are more like fine wine, a food for the intellect. Few I have offered butternuts to have loved them. Not at first, anyway. But after a few bites and some pondering, butternuts begin to beguile.

As with wine, one person’s flavor impressions aren’t the same as another’s. Some say they taste the perfumed candles that I often taste, while others say the flavor is more akin to designer cologne. One person I handed a butternut to thought the flavor was just like acetone (nail polish remover) while another thought kerosene. Understandably, many will find such descriptions far from appetizing. Believe it or not, these are agreeable flavors. In the same way that the flavor of freshly mown grass dominates a New Zealand sauvignon blanc, or an Australian shiraz finishes with tobacco leaf, the acetone/kerosene/candle wax flavor of butternuts is both intriguing and appealing.

For those still not convinced butternuts are worth a try, I should say the initial taste is volatile: it floods your mouth with the flavors just described, then quickly evaporates into something quieter, sweeter, and more nuanced. Some taste bay leaf on the finish, which might explain why butternuts make a fantastic addition to any cream-based soup. Confectioners also love butternuts when they are available in the fall, and I can see why. I often get a sweet, candied note—something like dried banana—once that initial waxy, floral flavor subsides. My wife agrees. To her, butternuts taste somewhere along the spectrum between candles and banana-flavored Starburst.

The most popular wild nut recipes are various baked offerings that tend toward the sweet: brownies, breads, cakes, and cookies. Even in these preparations, the recipe often states you can substitute one nut for another, as if most nuts are interchangeable or worse, indistinguishable. Few recipes incorporate wild nuts into savory dishes, and fewer still highlight the inimitable flavors of a particular nut. But this one, from Edelene Wood’s book A Taste of the Wild, does.

This is a fantastic recipe for two reasons. According to Edelene, this was a dish eaten by recent generations of Native Americans, and it underscores the decidedly European influence on their traditional cuisine. (With the exception of butternuts, none of the other ingredients are native to North America.) But mostly this recipe highlights the rich, perfumed flavor of butternuts in ways other recipes do not. Of all the nuts that could be added to a simple cream soup, few would shine like the butternut.

Combine the ground butternuts and chicken stock in a saucepan and simmer gently for 10 minutes. Meanwhile, heat another pan over medium heat, add the butter, and sauté the onion and celery for 3–5 minutes, or until tender. Add the sautéed vegetables and the milk, salt, and pepper to the simmering butternut stock and continue to cook for another 5 minutes, stirring occasionally. Adjust seasoning as necessary and serve.