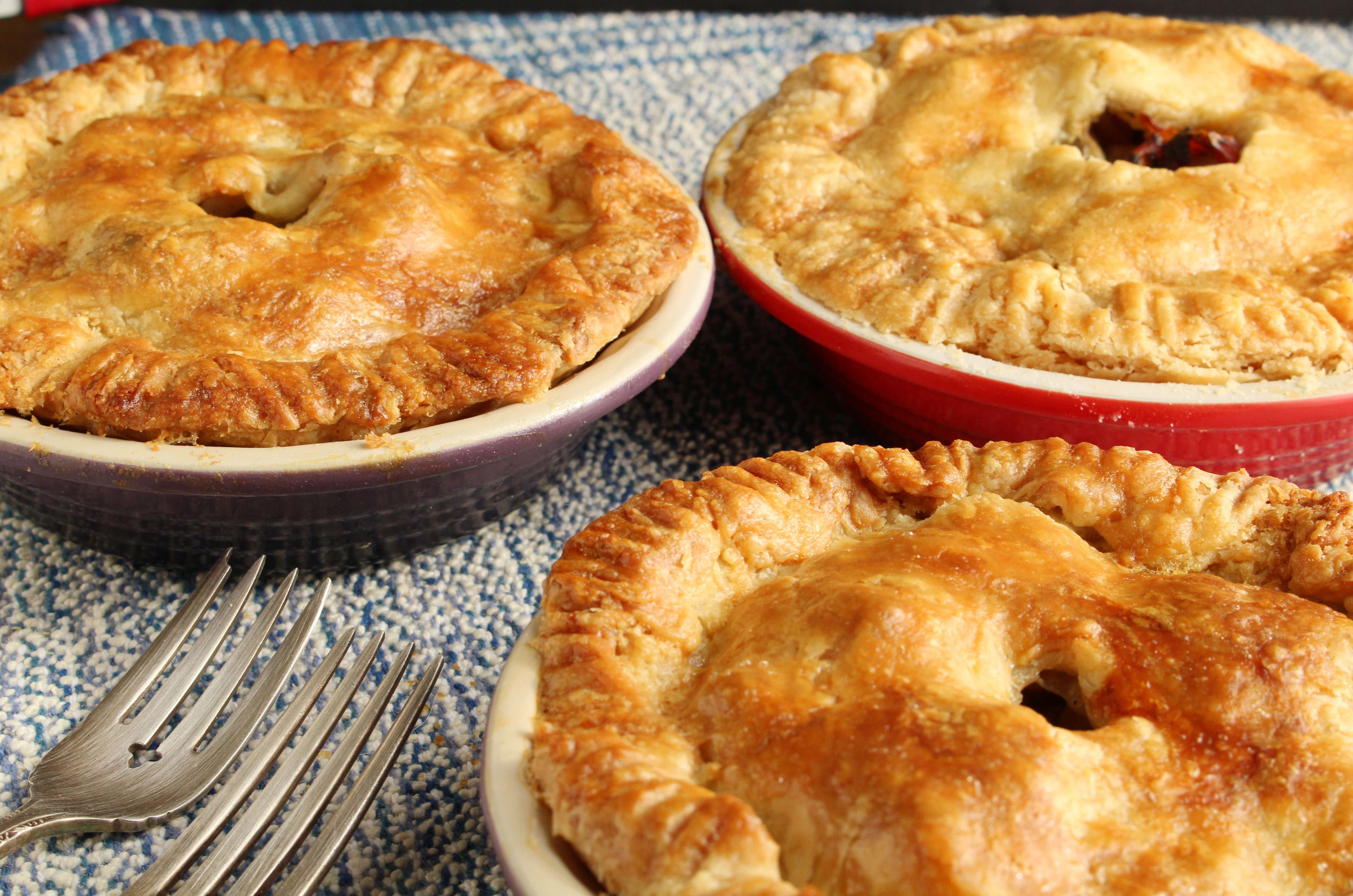 (Serves 8 – Recipe courtesy of Kate McDermott, Art of the Pie)

I met Kate McDermott at her quaint house in Port Angeles, which doubles as her baking studio, a place she has named “Pie Cottage.” Kate is an acclaimed pie cook in the PNW, some say the best in the region, if not one of the best makers of pie ever. Her pies have been featured in USA Today, The New York Times, The Boston Globe, Saveur, and on NPR. She invited me to Pie Cottage and revealed her secrets to the lightest, flakiest, tastiest crust I’ve ever had.

Kate worked for Taylor Shellfish Farms for quite a few years, and it was there she became fond of geoduck, and merged her newfound reverence for this bivalve with her passion for pie. Folks who aren’t as well versed in various seafood dishes often look askance at Kate when she speaks lovingly of her geoduck pie. “Do you like pot pie?” Kate asks. Of course, everyone does. “And do you like clam chowder? Well, geoduck is just a big clam. And geoduck pie is clam chowder in a pastry crust.” Once we begin to think of geoduck in that way, a whole world of potential recipes opens for us.

This is the recipe Kate created for Taylor Shellfish Farms, and she says it is her favorite savory pie. She made the pie for me at her Pie Cottage in Port Angeles, and I have to say it is my favorite savory pie as well. She included it in her James Beard nominated memoir Art of the Pie: A Practical Guide to Homemade Crusts, Fillings, and Life, but she very graciously allowed me to reprint it here.

Kate secured a beautiful geoduck for our lunch from Taylor Shellfish. I held it in my hands, the first geoduck I had ever cradled. “Hold the siphon up to your ear,” Kate said. “Listen. You can hear the air whooshing in.” It a stark awakening for me. No matter how alien a creature may look, it becomes instantly relatable once we hear it breathing.

Of course, Kate already knew that. She is one of the kindest people I have ever met, a lover of all things living. When it came time to prepare the pie filling, Kate brought a stock pot of water to a boil, lit a candle, and said a few thoughtful, respectful words to our geoduck. We then executed the first step in Kate’s recipe in solemn silence.

Place flour, lard, butter and salt into a large bowl. Using your fingers, blend together until the mixture is incompletely mixed and its parts range in size from “cracker crumb”, to “pea”, to “almond”. Sprinkle ice-cold water over the mixture, then gently stir with a fork until dough starts to feel sluggish. Gather the dough together with your hands and form into a big ball. Halve the dough, then form into 2 chubby disks, each about 5-inches in diameter. Wrap the disks separately in plastic wrap and refrigerate for 1 hour.

Unwrap a dough disk, then transfer to a well-floured surface. Whack it with a rolling pin several times; turn it over and repeat. Roll out the dough to form an

11- to 12-inch circle, then transfer it to a 9- or 10-inch deep-dish pie pan. If dough tears and needs mending, dab a little water where it requires patching and “glue” on

a piece of dough. Repeat for the other dough disk once the filling has been added into the pie shell. (This will be your top crust.)

Bring a large pot of water to boil. With tongs, quickly submerge the entire geoduck, shell and all, in the boiling water. After ten seconds remove the geoduck with tongs.

Run a sharp knife along the inside of each shell to cut away the geoduck meat. Once shelled, make an additional cut along the middle of the body and remove and discard the viscera. Remove the siphon casing on the long neck of the geoduck, and chop off the dark, rubbery tip. Rinse the body and siphon meat well in very cold water; the meat should now resemble raw chicken. Dice the mantle and siphon meat into bite-sized pieces, much as you would for chicken stir fry or stew, then set aside.

Sauté the onions, potatoes, garlic, celery, and parsley in olive oil over medium low heat. In another pan, cook the bacon over medium heat until most of the fat has been rendered, but the bacon is still soft. Remove the bacon and drain on paper towels. Then chop into 1-inch pieces and add to the other skillet with the onions and potatoes and such. Add the herbs, geoduck and Hungarian peppers, and cook slowly a few more minutes. Add salt and pepper to taste, then finish with freshly shaved Oregon black truffle. Set the filling aside to cool.

Preheat oven to 425-degrees. Pour the cooled filling into the crust-lined pie pan. Roll out the top crust and place over the filling. Crimp the edges and cut a few vents on top of the pie. Using a fork, beat the egg yolk and water together in small bowl and brush over the top of the pie. Place the assembled pie on the center rack of the oven and bake for 20 minutes. Turn oven down to 375-degrees and bake for an additional 30-35 minutes until you see some steam coming out of the vents and the top of the pie is golden.

Let the pie cool for at least 10 minutes (the filling will remain hot for quite some time), slice into eight equal pieces and serve.