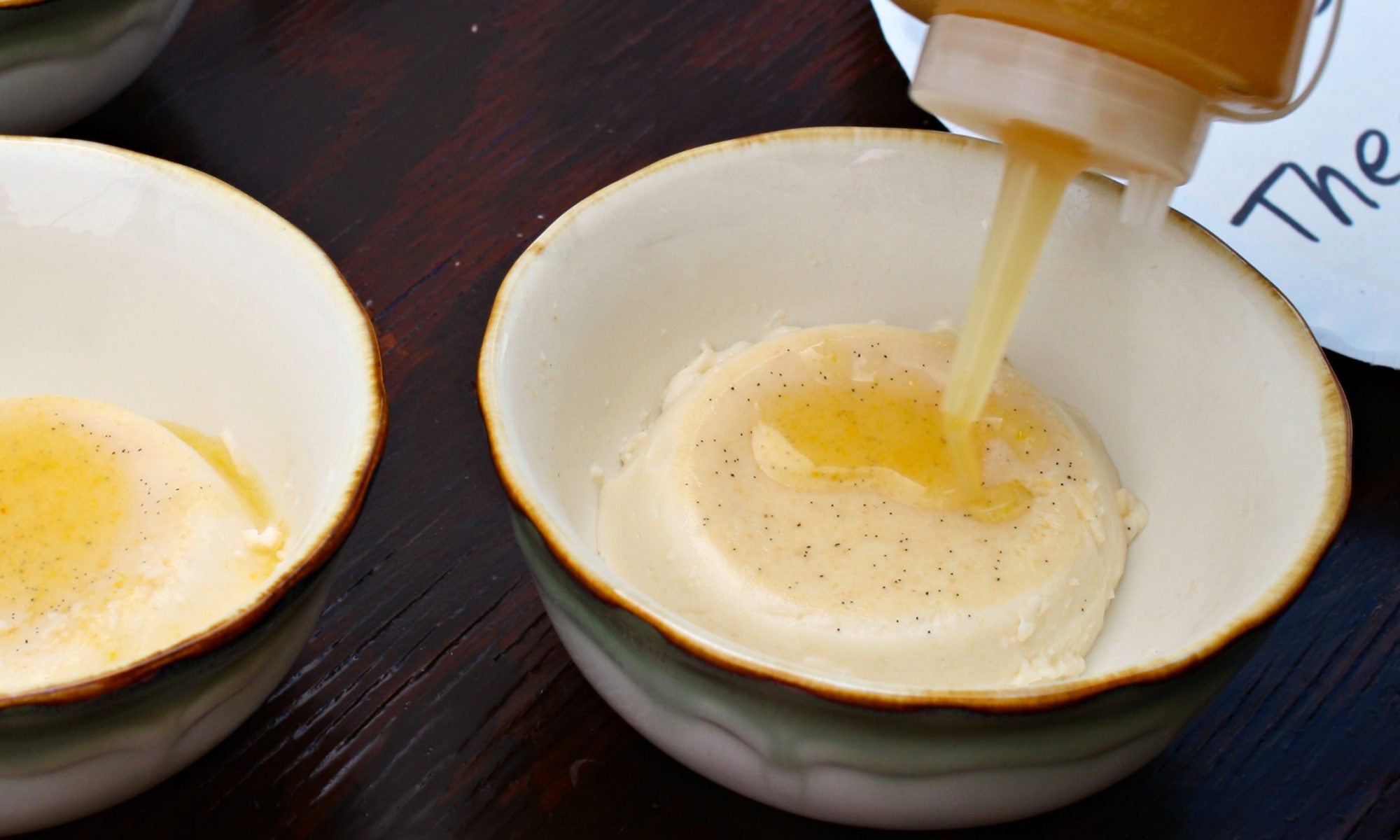 Elizabeth Riordan is a pawpaw virtuoso, and I had the pleasure of tasting many of her creations at the annual Ohio Pawpaw Festival in Albany. Beth’s recipes were spellbinding, exhibiting an uncanny mastery of this custardy fruit with the tropical flavors.

Panna cotta is a delightfully simple creation, made by simmering cream, milk, and sugar with gelatin. But the addition of pawpaw gives Beth’s dish a paradisiacal decadence I’ve rarely experienced. It is the addition of this native American fruit that makes her panna cotta better than any trattoria or ristorante offering.

Beth cautions that simmering the pawpaw pulp will mellow its flavor. To add back some pawpaw punch, Beth finishes the dish with a drizzle of the same simple syrup she uses for her Whisky Sour cocktails. (But she adds another squeeze of fresh lemon juice to the syrup to balance the sweetness while awakening the pawpaw fruit flavors.) Also, be sure to use real vanilla bean instead of vanilla extract. Beth notes that the alcohol in extract tends to amplify any bitterness in pawpaw.

Mix all ingredients except gelatin and water in a medium saucepan. Heat on medium-low, stirring gently until the sugar fully dissolves and the mixture begins to steam. Meanwhile, sprinkle the two packets of gelatin over the 6 tablespoons of cold water in a medium bowl and let sit for 5 to 10 minutes.

Once the cream mixture is hot, remove the vanilla bean pod and pour slowly through a sieve into the bowl of gelatin. Whisk to combine fully; no trace of gelatin should remain. Pour mixture into oiled ramekins (use a neutral flavored oil, like canola; cooking spray is also fine) and chill for a minimum of 3 three hours.  Serve plain, topped with preserves, or drizzled with pawpaw simple syrup.