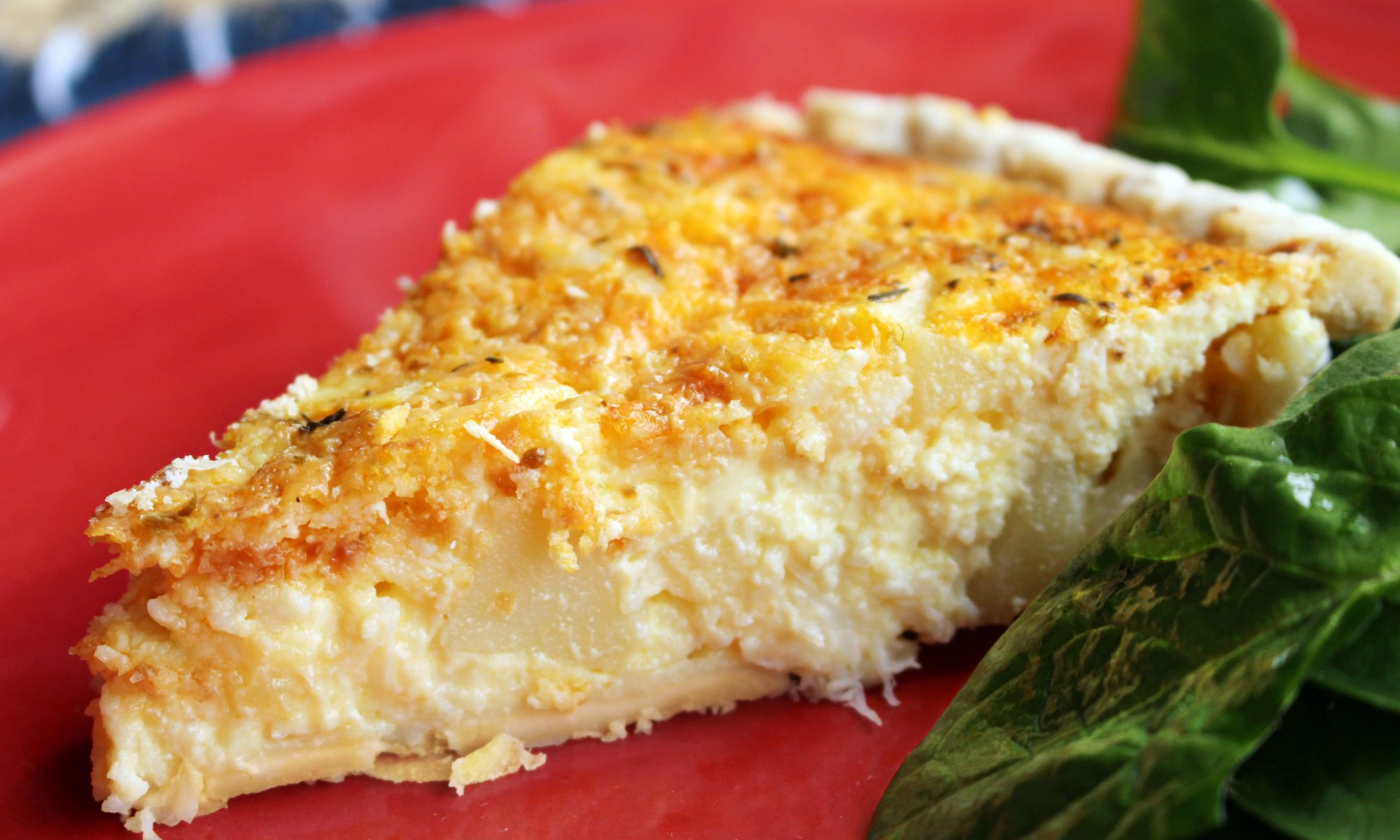 This incredibly yummy quiche comes courtesy of Michael Wall, the founder of Raindrop Desserts, a gourmet dessert bakery in Port Angeles, Washington. Michael bakes these pies for the town’s annual Dungeness Crab Festival, and sells them at the Friends of the Field booth, an organization that supports local farmers. When I had seen how long the line was at the booth, I figured Michael was cooking up something special. And my intuition was spot on.

What I noticed immediately was focused flavor of the disparate ingredients. The quiche was egg-y and cheesy, as good quiche is, yet the crab flavor still came through with tantalizing clarity. I’m not generally a fan of potatoes with fish or eggs or pastry of any sort; but in Michael’s recipe, they complement the crab and crust and quiche filling amazingly well.

Start with your favorite pie crust. It’s probably Grandma’s, but maybe you prefer Mom’s, Betty Crocker’s, or even Trader Joe’s. For me, I use Kate McDermott’s recipe, since she is the Master of Pie in the Pacific Northwest. The same dough she uses for her scrumptious geoduck deep-dish pie is perfect for this Dungie quiche. Par bake the pie crust according to the recipe (or package instructions), then let cool.

Begin preparing the quiche filling by par boiling the peeled and diced potatoes. You don’t want them too soft—just until al dente, or still firm—because they will cook a bit more while the quiche bakes. Sweat the onions in oil over medium-low heat until soft. Remove the onions and potatoes from the stove when done and allow to cool.

Next, whisk the eggs, half-and-half, and crab base in a medium bowl, making sure that the crab base is fully dissolved. Taste before adding any additional salt or pepper, as soup bases can be on the salty side.

In a large bowl, toss together the potato, onion, crabmeat and parmesan and pour into the pie shell. Ladle the liquid ingredients over, being careful not to overfill. (Depending on the actual dimensions of your 9-inch pie-shell, you may have some liquid left over).

Sprinkle the top with Italian seasoning and bake at 350-degrees until the quiche is set, about 50 minutes (or until a knife inserted into the center of the quiche comes out clean). Let the quiche cool for a few minutes, then slice into 8 pieces and serve.