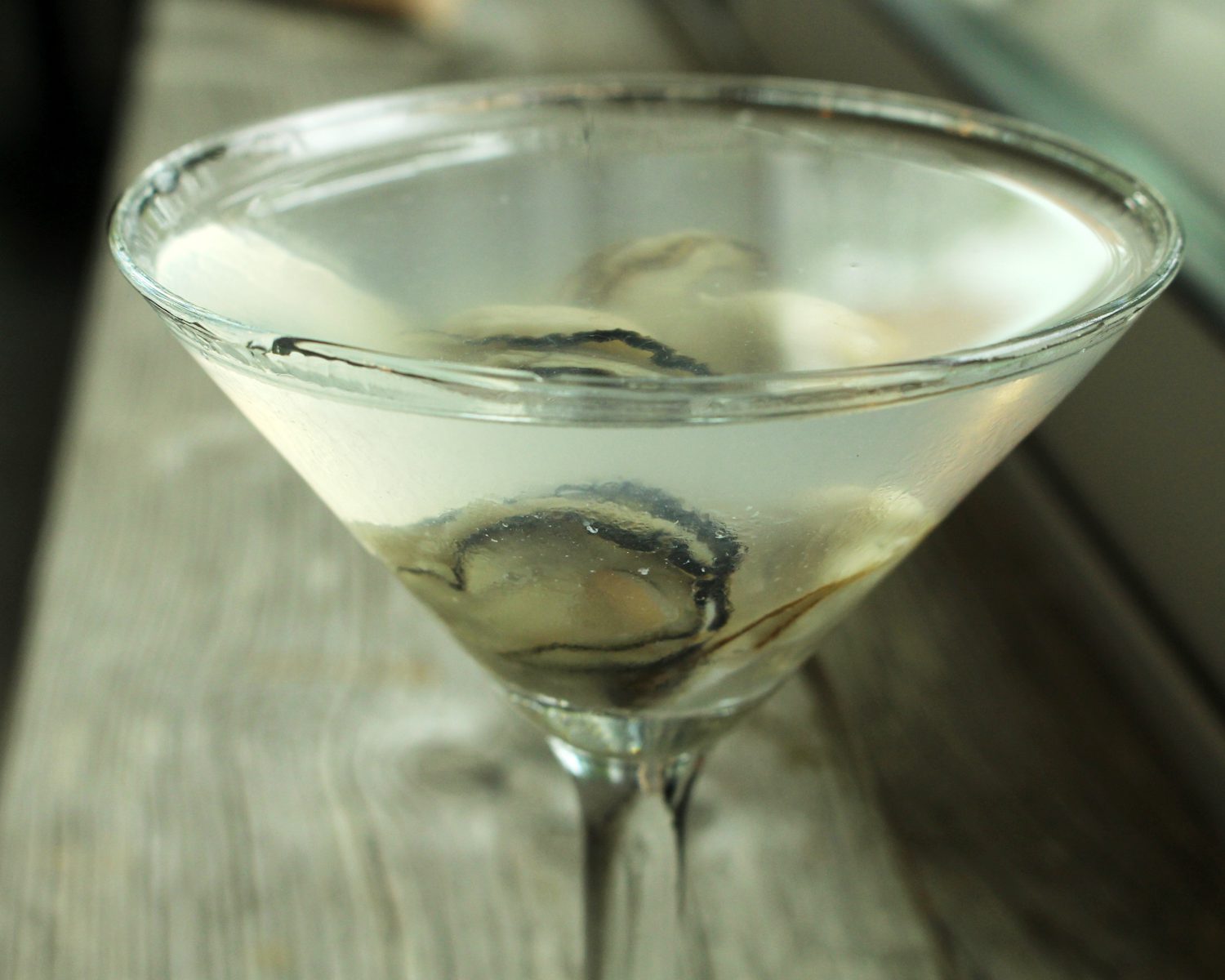 Next time you’re in Seattle, do your mouth a favor and visit one of Taylor Shellfish Farms’ neighborhood oyster bars. These are gastronomic jewels within the Emerald City, a place to grab a stiff cocktail or chilled brew while sampling some of the West Coast’s freshest and finest oysters, clams, and geoduck. During one of my recent visits, I popped into the Queen Anne location around happy hour, hoping to taste what I thought would be the ultimate oyster and spirits pairing: an Olympia oyster martini. But I hit a snag.

Dan Severt is the affable bar manager at Taylor’s Queen Anne oyster bar, and when I gave him my drink order, he shook his head. “I’ve tried it time and again, and the oyster flavor is lost,” Dan said. “All you will taste is the alcohol.” Dan said when he came to Taylor Restaurants, he had grand ideas to invent all sorts of oyster cocktails, with the oyster martini being the pinnacle. But he warned me, it just doesn’t work.

I was dejected, but I had to try the martini anyway. I also told Dan I’d like to photograph the cocktail, in case I wanted to use it for my book. I had a vivid image in my mind of how the martini could be prepared so that the oysters were highlighted. “Can you skewer the oysters with a toothpick—like you would olives—and lay that across the rim of the glass?”

“Absolutely not,” Dan replied. “That goes against everything we stand for at Taylor Shellfish.” He continued, “Look, we serve the best, freshest oysters…these things are alive and we want them to stay that way right up until they hit your tongue. I am not going to stab one for a photograph.”

I appreciated Dan’s candor and Taylor’s food philosophy, even though it meant I couldn’t get the photo I wanted for the book. Dan’s polite refusal to accommodate my request underscores Taylor Shellfish Farms’ “no compromise” ethic when it comes to freshness and flavor. And we are all damn lucky for that.

Alas, Dan was right. The martini was fabulous, but I couldn’t discern oyster flavor—even with Dan’s recipe alterations. He used vodka instead of gin; only ¼ ounce of vermouth instead of the more typical ½ ounce; and he used three oysters even though I thought one would be plenty. All of Dan’s modifications were intended to lift as much oyster flavor through the cocktail as possible. It was all for naught.

But sometimes mistakes lead to blissful discoveries. Kevin—a refreshingly opinionated and brusque waiter who prefers to go by Stump—suggested I deconstruct the martini. “Don’t complicate it. Just enjoy the martini and eat the oysters on the side,” he suggested. “It’s a great pairing.” But I didn’t want to fish out my oysters from the bottom of my glass, so I ordered three fresh ones. The instructions were simple: Slurp the oyster, give it a good chew, then take sip of the martini. “SuperSonics, Stump you’re right!” The flavors were a perfect complement.

When my glass was drained, the real treat still lay at the bottom. Why the oyster flavor failed to permeate the martini, I’ll never know. But the martini certainly infused those plump oysters, and when I bit down on those drunken bivalves, an incomparably delicious mix of sea and spirit flavor flooded my mouth. That evening, I discovered that a simple dunking into a vodka martini proved to be a better oyster condiment than any cocktail sauce or mignonette.

Begin by shucking the oysters. Place three on the half shell on a small plate. Pour the other three—including the oyster liquor—into a chilled martini glass.

Measure the vodka and vermouth into cocktail shaker then fill with ice. Stir until well chilled. Strain the spirits into the martini glass with the oysters.

Now, take a good sip or two from the glass, and slurp one of the oysters on your plate. Repeat until the 3 plated oysters and spirits have been consumed. What is left—three drunken oysters in the bottom of a martini glass—will be the heavenly finish to a marvelous happy hour cocktail and appetizer.