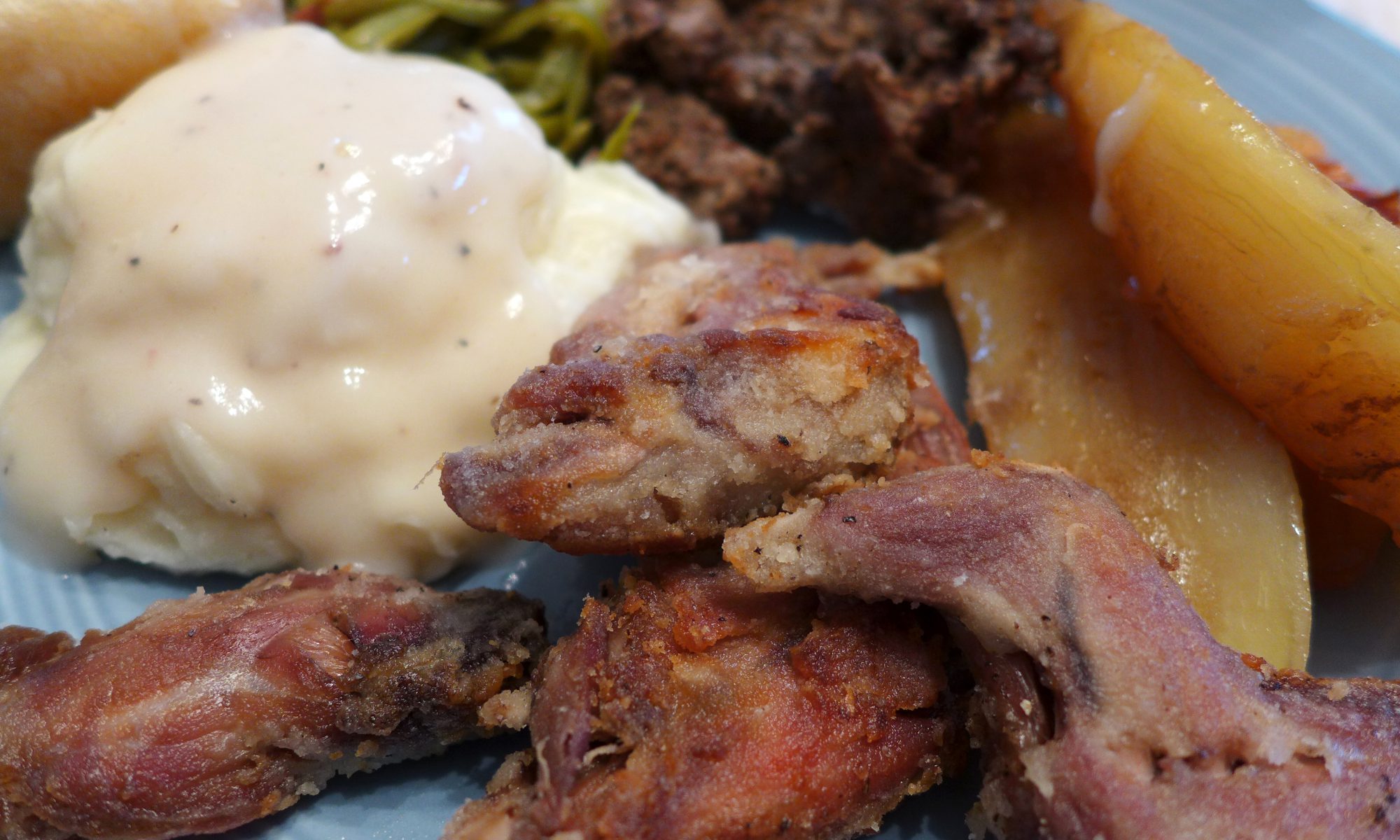 When I was in West Virginia for the seventy-sixth annual Feast of the Ramson, I hoped to meet Edelene Wood, an authority on wild Appalachian ingredients. Edelene has been the organizer of Nature Wonder Wild Food Weekend since its inception in 1968—one of the largest and longest running wild food festivals in the country. Her mentor and dear friend was the preeminent expert on wild foods once upon a time, the great Euell Gibbons.

I landed at the Pittsburgh airport and cold-called Edelene. Before I could finish introducing myself and the book I was writing (Eating Appalachia) Edelene invited me, a complete stranger, over to her house so we could chat further. Within thirty minutes of my arrival, she had called her dear friend, artist Kenneth Gilbert, who then invited me to stay at his house so I wouldn’t have to sleep in a motel. And within an hour after my brief phone conversation with Ken, he called me back to invite me over to JoEllen Bailey’s house the next evening. It seemed both Ken and JoEllen wanted to ensure I didn’t leave West Virginia without eating a proper Appalachian dinner. (I certainly wasn’t in California anymore.)

JoEllen prepared a meal for Ken and me that seemed like it should have been served on the fourth Thursday in November. We had fried squirrel, deer steak, white sweet potatoes, rolls, green beans, and blackberry cobbler. But the showpiece of the meal—the dish I was told not to pass up if given the chance—was JoEllen’s squirrel gravy over mashed potatoes.

The recipe was JoEllen’s grandmother’s. It was so delicious I could see why JoEllen never thought to mess with it after all these years. Even with just salt and pepper as the only seasonings, JoEllen’s grandmother’s gravy was one of the most flavorful I have tasted, owing, I’m sure, to the squirrels’ enviable diet of the myriad rich, sweet Appalachian nuts.

The secret to this gravy, JoEllen explained, is boiling the squirrel to render the fat, rather than frying it like you might with chicken. A roux is then created from the broth and added back to the stockpot, yielding a delectable sauce that is sumptuously smooth.

* Squirrel brains are often considered a delicacy in Appalachia. JoEllen, however, disagrees. The only deviation she makes from her grandmother’s recipe is to remove the squirrel heads.

At least 1 hour before cooking, brine the squirrels. Fill a stockpot with enough cold water to completely cover the squirrel pieces and stir in enough salt so it tastes like the sea. Add the squirrel to the water and let soak for 1 hour. Remove the meat and rinse with cold water. Set aside.

Rinse out the stockpot and again fill with just enough water to cover the squirrel pieces. Add a few pinches of salt, then the squirrel pieces, and bring to a boil. As soon as the water boils, reduce the heat and simmer the squirrel, uncovered, until just tender. (Some pieces will get tender before others, so check periodically with a fork, removing those that are just tender to prevent overcooking.)

When all the meat is cooked, keep the resultant squirrel stock in the pot and allow to cool slightly.

Meanwhile, place 4 tablespoons of flour into a jar or Tupperware container. Add to this 2/3 cup of the squirrel stock. Seal the container and shake until the flour is completely dissolved and no lumps remain. You should then have a roux that is quite thick but still pourable. (You may have to add a touch more flour or squirrel stock to reach desired consistency.)

Place the stockpot back on the burner and heat over a medium flame. Add the roux to the stock, stir, and cook the liquid down until the gravy reaches your preferred consistency. (Some folks like their gravy quite thick, while others lean to something akin to a cream-based bisque). Season the gravy with salt and pepper to taste and serve over mashed potatoes or homemade biscuits, alongside the fried squirrel.